Medusa was a monstrous chthonic female character of the Gorgon race; gazing upon her would turn onlookers to stone. She was beheaded by the hero Perseus, who thereafter used her head as a weapon, until giving it to the goddess Athena to place on her shield.

In classical antiquity and today, the image of the head of Medusa finds expression in the evil-averting device known as the Gorgoneion. She also has two gorgon sisters. The three Gorgon sisters — Medusa, Stheno, and Euryale — were children of Typhon and Echidna, in each case chthonic monsters from an archaic world.

In a late version of the Medusa myth, related by the Roman poet Ovid (Metamorphoses 4.770), Medusa was originally a beautiful maiden, “the jealous aspiration of many suitors,” priestess in Athena’s temple, but when she was raped by the “Lord of the Sea” Poseidon in Athena’s temple, the enraged goddess transformed her beautiful hair to serpents and she made her face so terrible to behold that the mere sight of it would turn a man to stone. 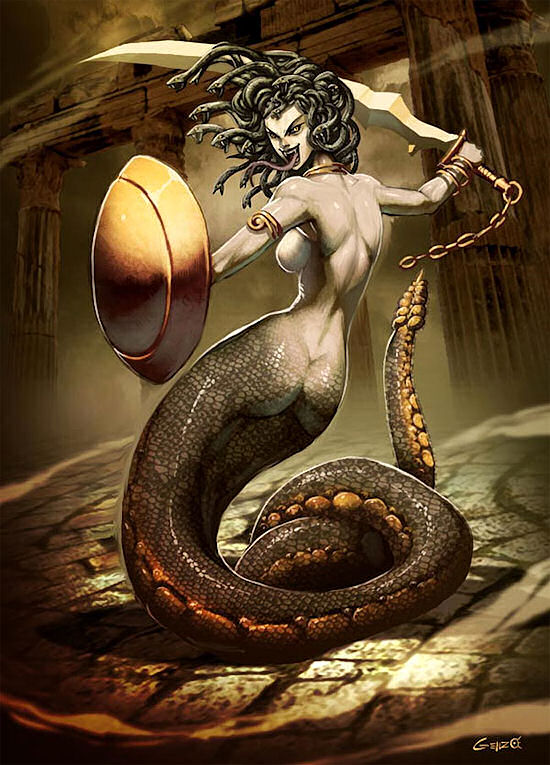