In Greek mythology, Oenone (“wine woman”) was the first wife of Paris. She was a mountain nymph (an Oread) on Mount Ida in Phrygia, a mountain associated with the Mother Goddess Cybele. Her father was Cebren, a river-god. Her very name links her to the natural but civilizing gift of wine.

Paris the exiled Trojan prince (it was already known that he would bring disaster to Troy) was keeping sheep on the slopes. He kidnapped her and they were wed; Oenone gave birth to Corythus.

When Paris later abandoned her to return to Troy and sail across the Aegean to claim Helen, Queen of Sparta, Oenone predicted the disastrous results of Paris’ attempt at Helen, the Trojan War and Paris’ death. 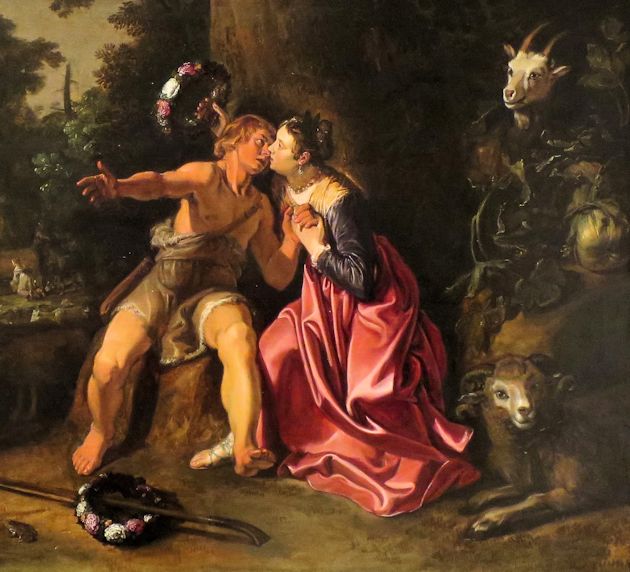 Paris and Oenone by Pieter Lastman, 1610, High Museum of Art

Alternatively, when Paris was mortally wounded he asked for her to heal him since she was known as a healer. Oenone refused to leave Mount Ida and Paris died; she regretted her action and threw herself onto his burning funeral pyre at Troy.

A third possibility sometimes cited was her attempts at breaking up Paris and Helen. She sent Corythus to drive a rift between Paris and Helen but Paris didn’t recognize his son and killed him.