The Aegean Cat originates from the Cycladic Islands of Greece in the Aegean Sea, where they occur naturally. Since it is one of the newest cat breeds, it is believed that it could be among the rarest; however, they seem to be found everywhere throughout Greece. 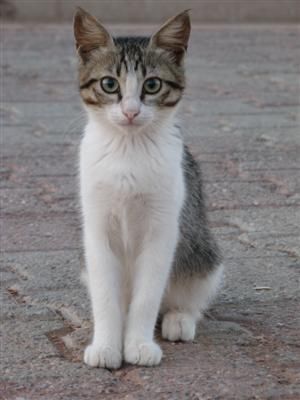 The Aegean is much liked for their character and intelligence. In rural areas, they are often seen as the best method of pest control, because they are very capable predators.

Development of this breed started in the early 1990s by breeders in the fledgling Greek Cat Fancy. It is considered to be the only native Greek breed of cat.
Cat Breed: Aegean cat
Country: Greece
Origin: Natural
Body Type: Standard
Coat: Semi-long
Pattern: Bi-colored or Tri-colored