In Greek mythology, a nymph is a minor female nature deity, typically associated with a particular location or landform. The names of the species of the nymphs varied according to their natural abode. The Aulonaid nymphs were land nymphs.

The Aulonaid (from the classical Greek áýëþí; valley, ravine) was a nymph who could be found in the mountain pastures and vales, often in the company of Pan, the god of nature.

Eurydice, for whom Orpheus traveled into dark Hades, was an Auloniad.

It was in the valley of the Thessalian river Peneius where she met her death at the hands of Aristaeus, son of the god Apollo and the nymph Cyrene, whose desire to ravage her led her to tread on a poisonous serpent.

Ovid says that Eurydice’s death was not caused by fleeing from Aristaeus, but by dancing with naiads on her wedding day. 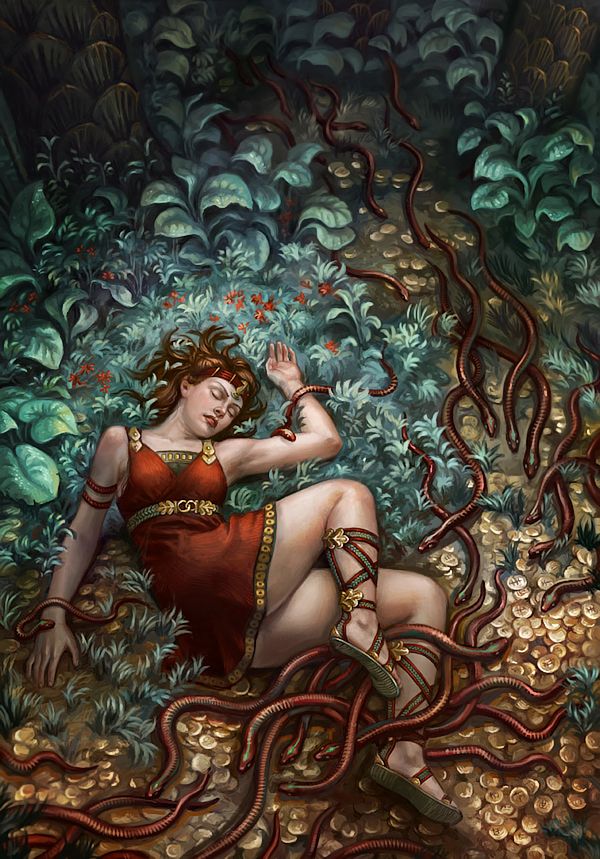 Eurydice and the Serpents