One of a kind rare animal furniture by Michel Haillard

One of a kind rare animal furniture by Michel Haillard

Some people may enjoy these one of a kind furniture peices made from rare animal skins and horns. Others may be shocked by the real animal tusks, skin, and fur which they feature. 10 photos in full article. 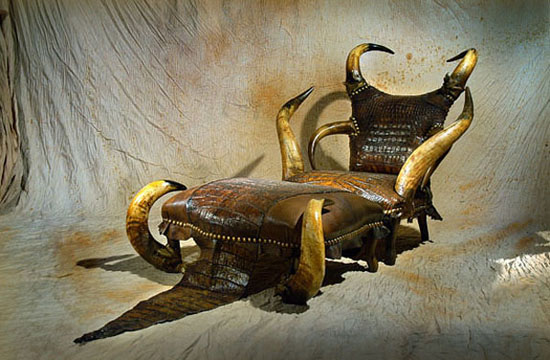 According to the designer, Michel Haillard, working with rare and precious animal materials, which are mostly old specimens, is a way to honor the animal and lessen its trivialization in our society. 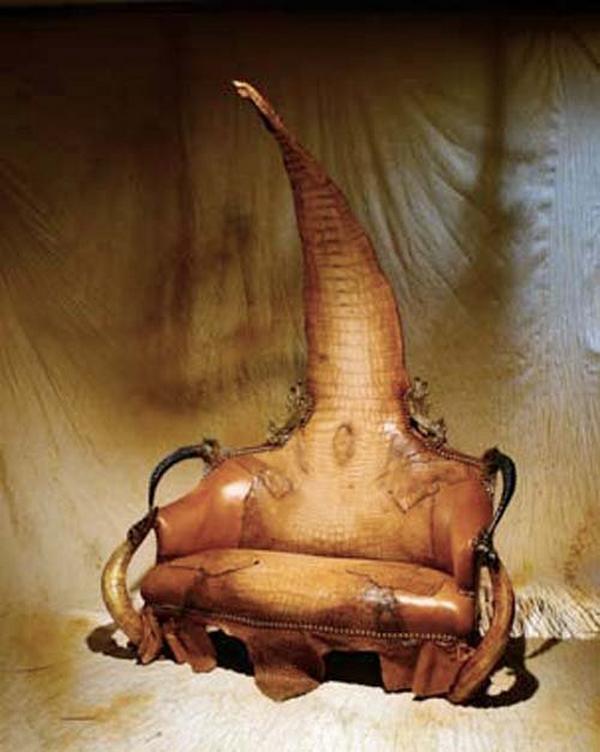 The materials used in each furniture piece either predate Cites Regulation [as defined in Article 2 of Regulation (EC) No. 338/97], or are registered in Annexes of the Regulations, and have “pre-convention” status, or are accompanied by a CITES regulatory form. 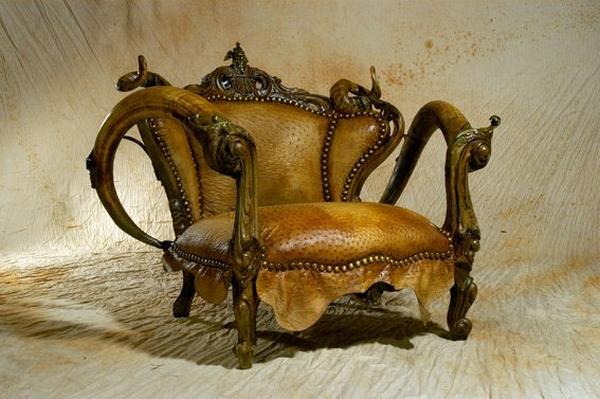 Customers may also provide their own animal skins and parts (with the proper documentation) to be used in the creation of their custom piece of Michael Haillard furniture. 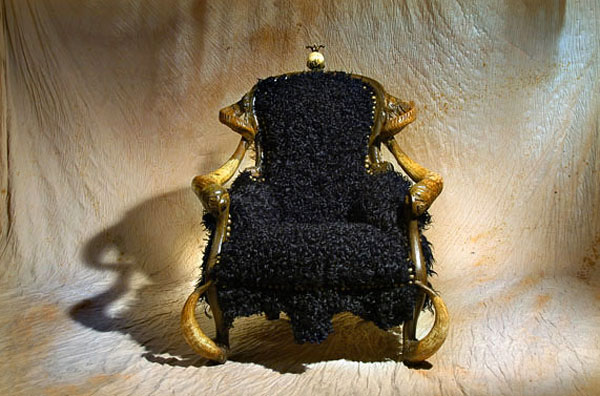 Michel Haillard says, “My work is a tribute to animality, a strong stance against the domination of human over beast and the suffering mankind makes it endure for his sole benefit. Thus, far from any morbidity, by highlighting animal relics, each piece is a celebration, a tribute to the volatile beauty of nature, and to the power of life.” 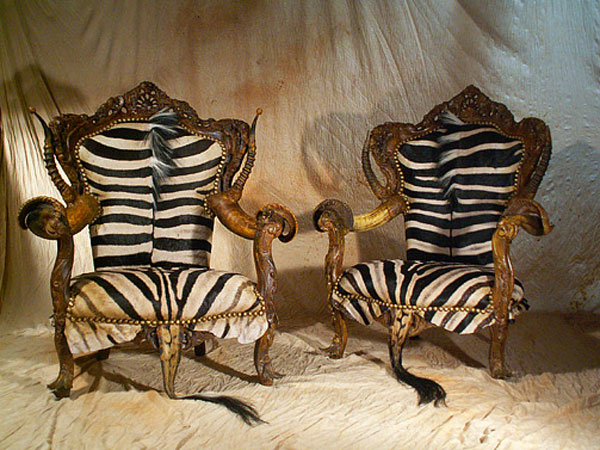 “By evading, even refusing the animality within, mankind cuts itself off from its own existence.” 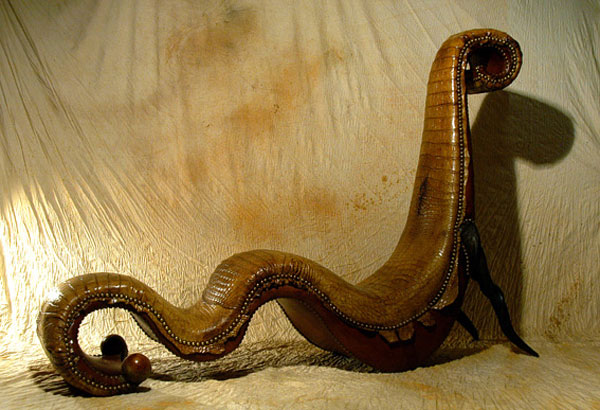 “Conversely, to consider the animal as a different living being, evolving in a world conceived by other senses, and therefore with different behaviour, is evidence of its own humanity, because this entails considering that one can live with values other than its own, thus accepting the difference.” 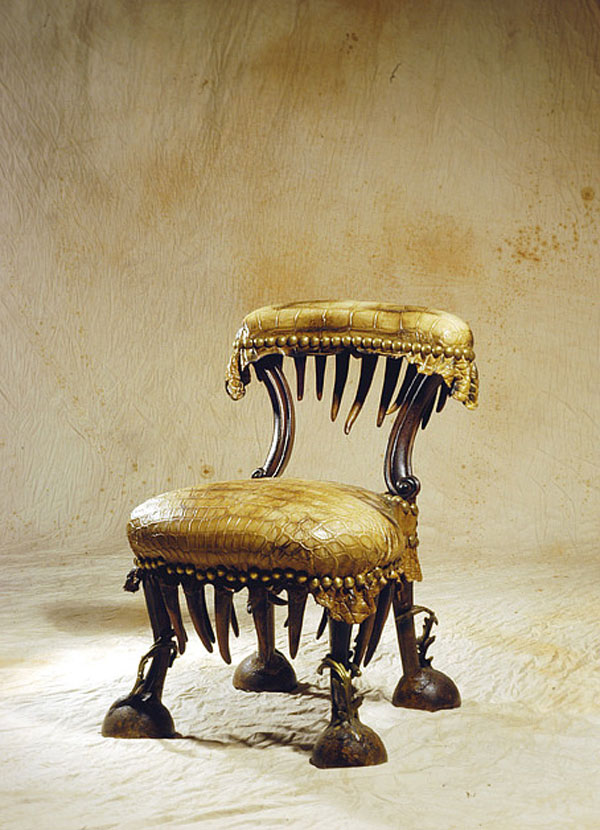 “My aim is to provoke confrontation with the animal that we are, and thus question ourselves on the deep relationship we maintain with our environment, others, nature, the universe, to try to unravel the essential from the superficial, the just from the futile.” 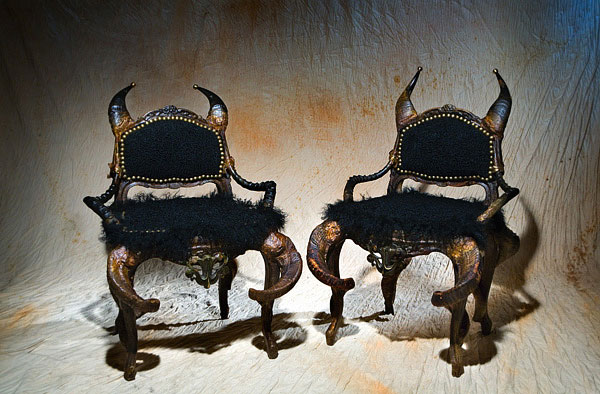 Complemented with wood, bronze and silver, each piece of this animal furniture is unique. What do you think? Is it cool, is it freaky, is it immoral? Which side do you stand on in this controversy? 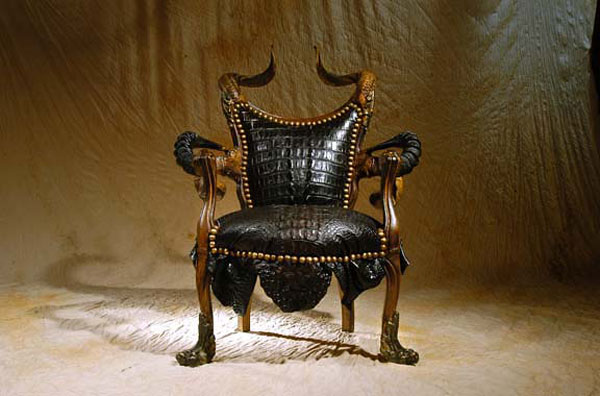 You can learn more about Michel Haillard and his unique furniture and other art objects on his website, which he calls Creator of Universe 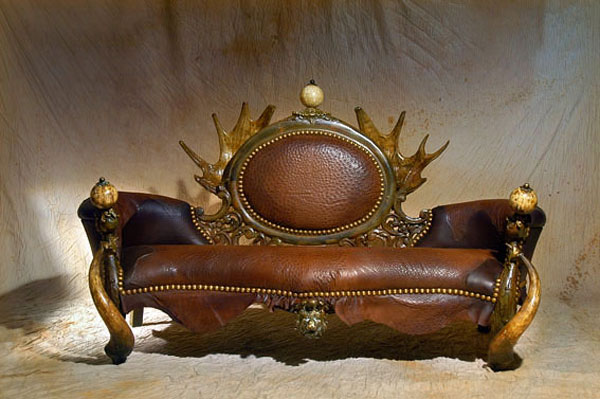