Where does the expression "time flies" come from?

Where does the expression “time flies” come from?

Time flies is something that you say which means that time passes very quickly, often so quickly that you are surprised how fast it has gone by. But, where does the expression “time flies” come from?

This idiom was first recorded about 1800 but Shakespeare used a similar phrase, “the swiftest hours, as they flew,” as did Alexander Pope, “swift fly the years.”

“Time flies” is a translation of an older Latin phrase tempus fugit, a poetic expression that captures the inevitable passing of time and the need to enjoy the time that humanity has.

Tempus fugit is a Latin phrase, usually translated into English as “time flies.” The expression comes from line 284 of book 3 of Virgil’s Georgics, where it appears as fugit inreparabile tempus, meaning “it escapes, irretrievable time.” 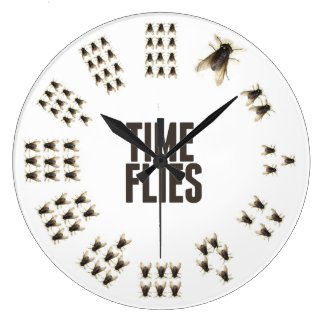 September 93rd occured immediately after September 23rd in 1896, when the clockwinder for Big Ben in London (curiously enough named Benjamin Bigg) drank too much beer and over-wound the clock mechanism to such an extent that the clock advanced by 1,440 hours during the next 24 hours. This is the origin of the phrase “Time flies when you’re having fun.” 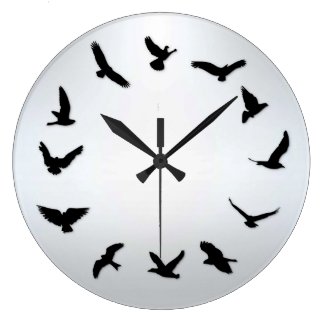 Although we know the seconds on a clock always tick at the normal pace, most of us have experienced the ‘fourth dimension’, which is anything but ordinary. Have you ever waited in line or sat through a boring meeting and time seemed to be barely moving? Or what about when you’re having so much fun that you seem to lose sense of time altogether?

When people are experiencing positive emotions or states, they feel like time is passing faster than when they experience negative feelings, according to previous research. However, new research has shown evidence that not all positive states are considered equal.

Feelings of contentment or serenity are definitely positive emotions, however, they are not considered very high in what experts call approach motivation. In other words, these feelings do not make people want to go out and achieve a goal.

Desire and excitement are considered very high in approach motivation because they make people want to accomplish something.

People feel as if time is passing quickly when they are particularly in those states that are high in approach motivation, psychological scientists Philip Gable and Bryan Pool of the University of Alabama hypothesized.

One experiment trained participants to tell the difference between pictures shown for a ‘short’ (400 ms) or a ‘long’ (1600) period of time. Neutral pictures (geometric shapes) that were either positive but low in approach motivation (like flowers), or that were positive and high in approach motivation (delicious desserts) were shown to participants. They had to determine if each picture was displayed for a short or long period of time.

As expected, the participants perceived the neutral geometric shapes and the pleasing pictures of flower as having been displayed for a longer amount of time than the enticing pictures of desserts.

Results also showed that the perceived amount of time for the enticing pictures was related to the time it had been when the participants last ate. If participants ate recently, which lowered their approach motivation for food, they judged the dessert pictures as having been displayed for a longer period of time than those who were hungrier.

A second study was conducted which confirmed these findings; participants reported time as passing faster when they were shown dessert pictures, expecting to eat those desserts later. This shows that our desire to approach something really does make time fly quickly.

This feeling that time is moving faster seems to be the specific result of our desire to approach or pursue something, not a more general effect of increased attention or physiological arousal. A third study found that people’s perception of time did not shorten when they looked at pictures that evoked highly unpleasant emotions, which can make people more alert and attentive.

States high in approach motivation makes time seem like it is passing fast because it narrows our memory and attention processes, which shuts out thoughts and feelings that are not related, according to Gable and Pool.

The shortening of time that we perceive could potentially help us to persist for longer periods of time in pursuing important adaptive goals, such as water, food, and companionship

Although we tend to believe that time flies when we’re having a good time, these studies indicate what it is about the enjoyable time that causes it to go by more quickly. It seems to be the goal pursuit or achievement-directed action we’re engaged in that matters. Just being content or satisfied may not make time fly, but being excited or actively pursuing a desired object can.