History is replete with instances of kings and queens who brought misery upon their people with their cruelty, poor governance skills or/and lack of sense for reality. Listed below are ten kings and queens whose reign was troubled by mental disorders and in some cases, severe mental illness that made them unfit and incapable to rule their kingdoms.

These monarchs went down in history as mad for their baffling actions and unreasonable behavior for which they were ridiculed and often also hated by their subjects. 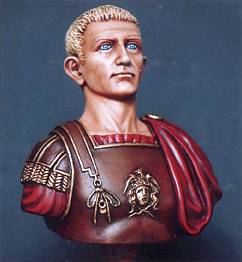 The brief rule of Roman Emperor Caligula (37-41 AD) was characterized by numerous scandals which, according to the Roman sources, clearly demonstrate that he was insane, sadistic and perverse tyrant. He is reported to kill men for pleasure, having sexual intercourse with his sisters, demanded to be worshiped as a living god, and caused a financial crisis and starvation with his extravagant lifestyle and building projects.

Though the reliability of the Roman accounts is a matter of debate, the Emperor soon became deeply hated by his contemporaries. In 41 AD, Caligula was assassinated by the Praetorian Guards, becoming the first assassinated Roman emperor.

The reign of Charles VI of France (1380-1422) actually started off quite well. After he took power at the age of 21, economic and political situation in the country improved significantly and he came to be called “the Beloved”. 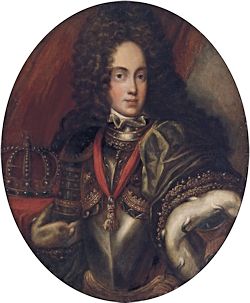 However, at the age of 32 he suffered his first episode of insanity during which he killed four of his knights and attacked his brother Louis of Orleans. From there on, he suffered from repeated bouts of insanity which eventually became more frequent and longer lasting.

The “Beloved” King thus came to be called the “Mad”. Despite that, he continued to rule France until his death in 1422 but his mental incapacity had a devastating effect on his kingdom.

The King’s inability to make political decisions provoked fierce princely struggles for power that would lead to a civil war-like state and encourage the English to resume the Hundred Years’ War (1337-1453).

The fact that Henry VI of England was grandson of Charles VI of France might have contributed to his mental instability. He inherited the English throne in 1422 but assumed power only in 1437 when declared of age.

Troubles began almost immediately after he took power in his hands as he was unable to check the factional struggles. At the same time, the English possessions in France were slowly but steadily falling into the French hands.

In 1453, he had some sort of a mental breakdown and fell into a near vegetative state for over a year, not responding to anything or anyone around him. The King’s condition was taken advantage by the Duke of York who in the meanwhile increased his power.

When Henry recovered, a war broke out between the houses of Lancaster and York, commonly known as the War of the Roses. In 1461, Henry lost the throne but was reinstated in 1470. After less than half of a year, he was overthrown and died shortly thereafter in the Tower of London. 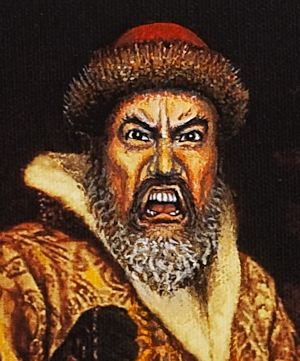 The Tsar who laid the foundations of the Russian Empire was a brilliant military leader and ruler but his fault lay in his unstable temperament which manifested itself in bouts of rage and cruelty.

In his later reign (he ruled as the Grand Duke of Moscow from 1533 to 1547 and as Tsar of All the Russians from 1547 until his death in 1584), Ivan’s outbursts of rage got worse. In one of these outbursts, he accidentally killed his own son and heir to the throne by hitting him with a pointed staff in the head. He also established a special force, the so-called oprichniki that terrorized nobility and killed anyone who was perceived as a threat to the Tsar.

Before dissolution of the oprichniki in 1572, Ivan personally led the forces to Novgorod, ransacking the city and killing thousands of predominantly wealthy residents in what came to be known as the Massacre of Novgorod.

Modern Bavarians might not regard Ludvig II of Bavaria as an insane monarch but his contemporaries considered him mad, largely due to his extravagant lifestyle and an apparent disregard of his royal duties. He inherited the Bavarian throne in 1864 at the age of 18 and by the time he was 20, his kingdom became a part of the larger German Empire.

However, Ludwig who formally remained the King of Bavaria showed no ambitions to regain his kingdom’s independence. Instead, he dedicated himself to over-ambitious artistic and architectural projects that completely emptied the royal treasury.

The very same projects, many of which are today among the most recognizable and most visited Bavaria’s landmarks, were used against him to remove him from the throne. On June 12, 1886, Ludwig was declared insane and deposed. He died one day later under mysterious circumstances.

Ibrahim, Sultan of the Ottoman Empire 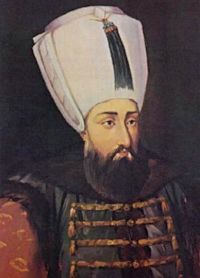 Ibrahim succeeded his deceased brother Murad IV as Sultan of the Ottoman Empire in 1640. But the 25-year-old Sultan was mentally unstable and incapable to rule. And his mental condition didn’t go unnoticed and he soon came to be referred to as “Ibrahim the Mad.”

The Empire was kept relatively stable by his regent mother Kosem Sultan but Ibrahim’s irrational deeds such as having the entire harem drowned, growing influence of his concubines and extravagant lifestyle requiring imposition of new taxes caused a mass discontent with his rule.

A conspiracy that was organized by the Grand Vizier and his own mother to depose him in 1647 failed but the “Mad Sultan” was finally deposed by the janissaries one year later. 10 days after his deposition, Ibrahim was strangled.

Rudolf II, Holy Roman Emperor from 1575 to 1612 was a very controversial figure. He was very passionate about arts and the occult sciences but less so about ruling. His disastrous political decisions which are attributed to his preoccupation with his passions on the one hand and lack of understanding for the realities of his time on the other soon provoked a widespread discontent that was shared even by his own family – the Habsburgs.

Rudolf, however, was also suffering from frequent fits of depression which was quite common among the Habsburgs. Due to his political failures and deteriorating mental health, the Habsburg archdukes eventually forced him to give the effective power over much of the Empire to his younger brother Matthias.

By the time of his death in 1612, Rudolf II was only nominally the Holy Roman Emperor.

George III of the United Kingdom

Known as the “Mad King Who Lost America”, George III of the United Kingdom was nevertheless one of the longest reigning British monarchs. His rule that lasted nearly 60 years (from October 1760 to January 1820) is above all remembered for the British defeat in the American Revolutionary War (1775-1783) and the subsequent loss of the American colonies.

It is also remembered for the King’s ill health, both physical and mental. According to some recent findings, his “madness” might have been a side effect of medications he has been taking to relieve the many health problems.

Whatever was the cause of his mental instability, George III finally “lost it” in 1811. He spent the last years of his life in seclusion at the Windsor Castle, stripped of all power, which was then assumed by his son and successor, the later George IV. 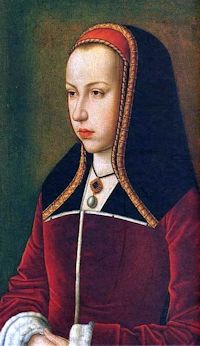 Joanna, Queen of Castile from 1504 and 1516 spent most of her life confined in a convent. Suffering from mental instability from her youth, the Queen who later came to be called Juana la Loca (Spanish for “Joanna the Mad”) broke down after the sudden death of her husband Philip the Handsome in 1506.

Joanna’s mental illness – she is thought to suffer from severe depression, psychosis or schizophrenia – prompted her father Ferdinand II of Aragon to assume regency and had her confined in a convent from which she never returned.

After her father’s death in 1516, the throne passed to her son Charles but she formally remained a co-regent until her death in 1555.

Christian VII of Denmark reigned his kingdom for over 40 years (from 1766 to 1808) but he was King of Denmark only by title.

Just like his cousin, George III of the United Kingdom, the young Danish king was mentally ill and unfit to rule. Christian’s mental incapacity soon provoked struggles for power and de facto King of Denmark was anyone who managed to win influence over him.

The struggles over the throne finally came to an end in 1784 when Christian’s son and the later Frederick VI of Denmark became an unofficial regnant and took the governance of Denmark into his own hands.