Moss Agate is so called because the rock has inclusions which are trapped pieces of prehistoric plants, usually moss. It is often referred to as the Warrior’s Stone. 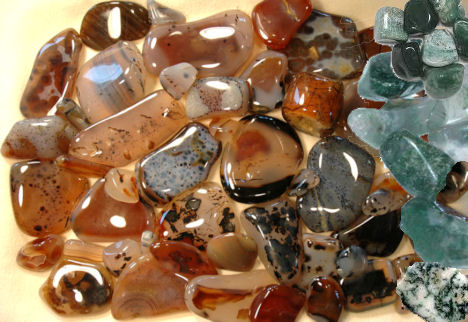 Moss agates can be shades of brown, green, white and black, or even pinkish.

Moss Agate has been called the “Warrior’s Stone” as it reduces tension, dampens pain and releases fear. In the modern world moss agate makes an excellent stone to use in the business world. The night before an important business meeting cover a moss agate with marigold petals in a small bowl or cup. In the morning put the moss agate in your right pocket and be a success at the meeting.