A relatively recent discovery, Botia kubotai, sometimes known as the Polka Dot Loach, hails from fast flowing waters in Myanmar. It can be kept with most community fish, although very tiny or long-finned varieties are probably best avoided.

It is a fairly peaceful species, although squabbles do sometimes break out between individuals within the shoal, or with other Botia species of similar markings sharing the same tank. However, no significant damage usually arises.

No two fish share exactly the same colour pattern, and these markings change as the fish matures. 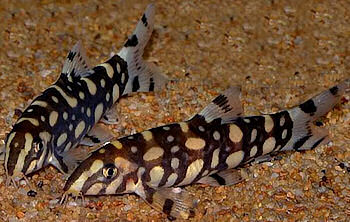 The Polka Dot Loach is thought to reach a maximum size of around six inches (15 cm).